Wow! Finally the much awaited Decision Day in Nigeria is here. Many people thought this day will never come. There were accusation and counter accusations that the ruling party and president is planning an Interim Government. Most pessimist said the president will use the Military to ask for more weeks to totally wipe out Boko Haram, coz he's afraid of the elections. Some other group were of the view that the President will remove the electoral body's helmsman(Prof. Atahiru Jega). Which would have attracted wide condemnation and probably violence.But the goodnews here is that all that has been buried now, coz the much awaited Election Day in Nigeria is here. This is a key indicator that Nigeria's democracy is here to stay. And I will therefore hail the courage of Mr President for putting together all machinerys in place to make this day a reality. I hereby advice all Nigerians to go out today and vote, conduct themselves in peaceful manner and shun all acts of violence. Do not allow yourself to be used as an instrument of destruction or violence. WARNING! The period of Campaigning has official ended, therefore you are not expected to: 1. Form any political gathering around any polling booth. 2. Chant party Slogan any where around any polling booth 3. Wear party T.shirt or anything similar to voting center, to avoid embarrassment or provocation 4. Move out with your party customized/painted vehicle. 5. Canvas for votes around the polling center. March 28 General Elections In Nigeria is for Presidential and National Assembly seats.I pledge Peace and Equally employ you to do same.Peace! Peace!! Peace!!! All Over Nigeria. United we Stand Forever!.
Nigeria! Good People, Great Nation.
Share !

#Election2015: My Advice to Nigerian Electorate 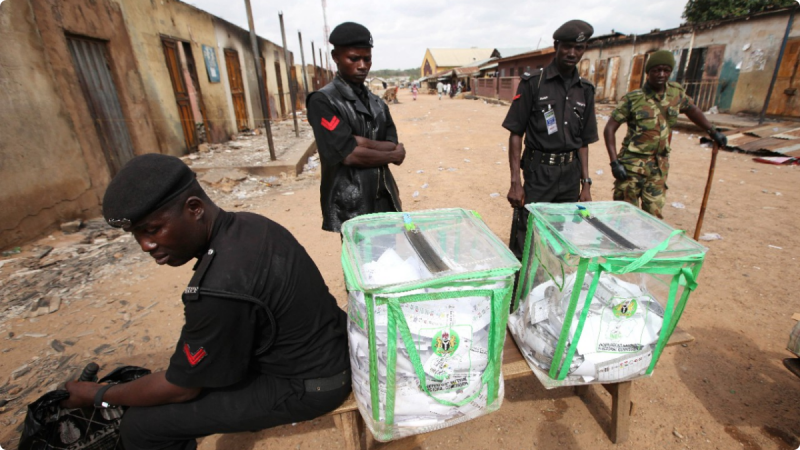 JUST MY OWN VIEW. It will be on your own interest if you take the following advice seriously. Your Vote or Your Life, which is more important to you? 1. It's better to cast your vote and head straight home. WHY?. A. The polity is very hot B. You can't even defend your vote unarmed. C. Political parties and Politicians have armed their thugs with sophisticated weapons...if anything goes wrong, u may loose your life on the process. D. ECOWAS, AU, EU, UN election observers, local and foreign journalist are also going to be on ground to monitor the elections. Even political party agents are also going to monitor the exercise, so what else will you be doing there?. E. 2 Police officers on a polling boot can not withstand the pressure of 300 to 500 people. And if the game gets dirty in a polling center, I bet you the police men will disappear with their gun and you will be left on your own to defend either ur vote, life or u loose both. 2. Never you attempt dying for any political party, coz they are all one big family. Just that once the whistle goes on it looks as if they are at war, certainly not, coz after the elections most of the politicians will still JUMP OVER to the other party for appointments and contracts(don't be a fool). 3. If any politician gives you money and arms to go kill anyone. collect the money and arms/ammunition, keep the money for yourself (it's national cake) but hand the arms over to the Army(coz I trust them more than the Black Uniform Force). Vote and live to enjoy the good of the land. A dead you can't see the Nigeria of your dreams. Be Wise, Be Careful, coz I Love you all so much and I don wanna miss or weep over any of you. SUCCESS TO NIGERIA.
Share !

Recent Update: 12:20 PM: Buhari is yet to present Any certificate, after the much anticipated press conference in Kano to clear the air on his Certificate Saga, no certificate was presented. Buhari said the relevant Institutions Will Publish His Certificate on the National Daily at the appropriate time. (This is not Certificate Sir) what Air has Buhari Cleared Now?The Schools in question are likely to come out publicly to exonerated themselves from all this mess soon. The Nigerian Army has come out to state clearly that , they don't have the original copies of Buhari's credentials. could it be that this man has been lying all this while?Could it be that Buhari got into the Army through "Wuruwuru" magomago" back door? This means that St.Buhari even lied to the Nigerian Army as at then...just to be accepted.Read Also Buhari's Presidential Ambition And Manifesto 2015 and Questions ArisingHERE IS THE NIGERIAN ARMY'S STATEMENT ON BUHARI'S CERTIFICATE SAGA : Source. PremiumTimesNgThe Nigerian Army said the original, certified true copy or statement of results of retired General Muhammadu Buhari is not with them The Director of Army Public Relations, Olajide Laleye, said this while briefing journalists in Abuja on Tuesday. Mr. Laleye said that the entry made on the Nigerian Army Form 199A at the point of documentation after Buhari was commissioned as an officer, indicated that the former Head of State obtained the West African School Certificate (WASC) in 1961. “With credits in relevant subjects: English Language, Geography, History, Health Science, Hausa and a pass in English Literature. “Neither the original copy, certified true copy (CTC) nor statement of result of Major-.Gen. Mohammadu Buhari‘s WASC result is in his personal file. Mr. Laleye said the army holds the retired senior officer in high esteem and respect and would not be a party to any controversy surrounding his eligibility for any political office. He said that suffice to state that Mr. Buhari rose steadily to the enviable rank of Major General before becoming the Head of State of the country in December 1983. “The media hype on the retired Buhari’s credentials as well as numerous requests made by individuals and cooperate bodies to the Nigerian Army on this issue have necessitated that we provide the facts as contained in the retired senior officer’s service records. “Records available indicate that Buhari applied to join the military as a form six student of the Provincial Secondary School, Katsina, on Oct. 18, 1961. “His application was duly endorsed by the principal of the school, who also wrote a report on him and recommended him to be suitable for military commission. “It is a practice in the Nigerian Army that before candidates are shortlisted for commissioning into the officers’ cadre of the service, the selection board verifies the original copies of credentials as presented. “There is no available record to show that this process was followed in the 1960s,” Mr. Laleye said. And that is the beginning of what looks like a looming national embarrassment...if you understand where am heading to. what will St. Buhari do now? Come out to present another higher certificate and expect Nigerian to clap for him and embrace him for lying to INEC and the entire country all this years? Am waiting for Lair-Ye Muhammed political defence on this... The battle line has been drawn...boom>>>>boom>>>>boo>>boom>>>boom>>>
Fire On
Share !
Older Posts Home
Subscribe to: Posts (Atom) 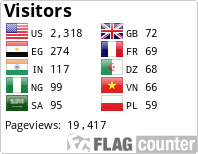